You might have read my previous article on the best moments on sourav ganguly ,so i bring to you another article dedicated to our present captain Mahendra Singh Dhoni .

Mahendra Singh Dhoni, the man who achieved everything any sports person would ever dream of ,  has given us many a moments to cheer him more, and here are the best 10 of the big bag of amazing moments.

It was the India touring arch rivals Pakistan in 2006 and it was the test in Faisalabad. The test was really a test when Dhoni joined Irfan Pathan while India still needed more than a ton to avoid follow on. Dhoni went onto made his debut test century by thrashing the Pakistani bowlers all over the ground. His 148 are still remembered as his one of the best knocks. 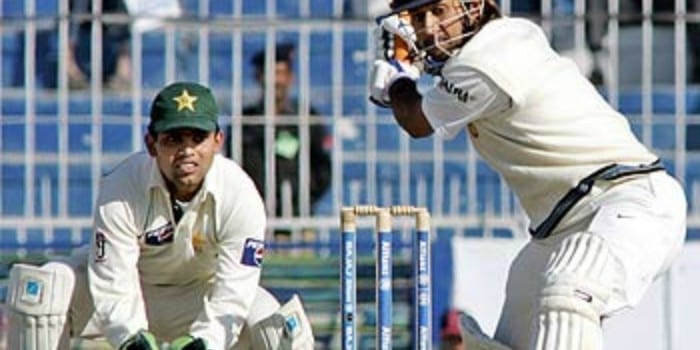 #2 You Got The Rank, Captain

After India failed gravely in the ICC ODI World Cup of 2007, Dhoni became the ODI captain while Rahul Dravid was removed from the post. It brought a huge cheer in his hometown and amongst his supporters in the country. 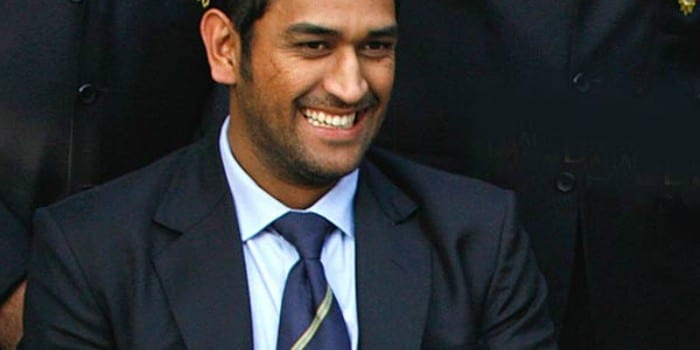 #3 The First Jewel In The Crown

It was the inaugural T20 World Cup and a first major tournament under Dhoni’s captaincy. India had just been thrashed out of the ICC ODI World Cup and didn’t even have a coach as John Wright had been sacked. Dhoni and the team needed to prove a point and they did not disappoint. India won the tournament beating Pakistan in the final by just 5 runs. 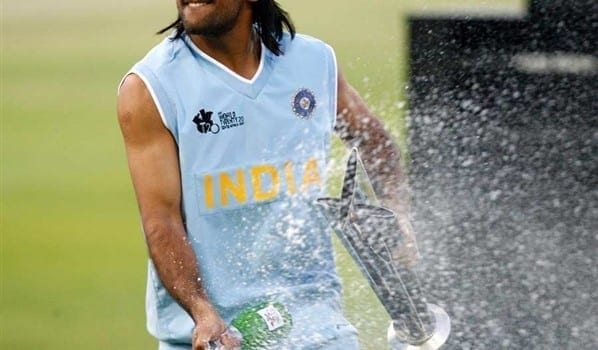 #4 Double Captaincy, Should We Call You Lieutenant?

Dhoni claimed his test captaincy after Kumble retired abruptly mid series during the Border Gavaskar Trophy in 2008. Dhoni eventually won his first test as a full time captain clinching the series 2-0. It started a new era as India was about to emerge as one of the best test playing nations. 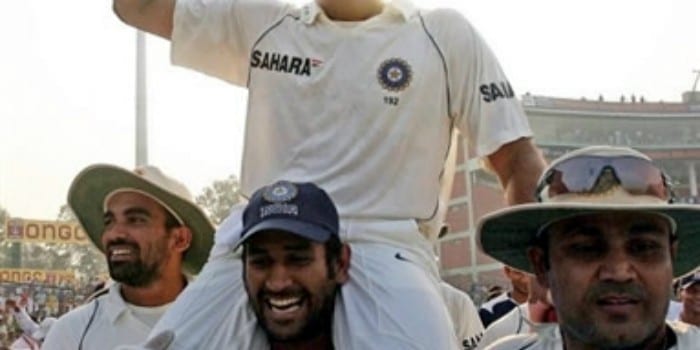 It was 2008 and Anil Kumble had just retired from test cricket in the middle of the Borger Gavaskar series and another shock came as Sourav Ganguly announced he too will leave the format after the series. India were set to win the test match and everyone knew a great career was  about to end. In the final moments of the match, Dhoni gave the captaincy to Ganguly which was applauded all around the world. As Ganguly was seen setting the field, everyone roared to their peak voice cheering 2 great captains in the field. 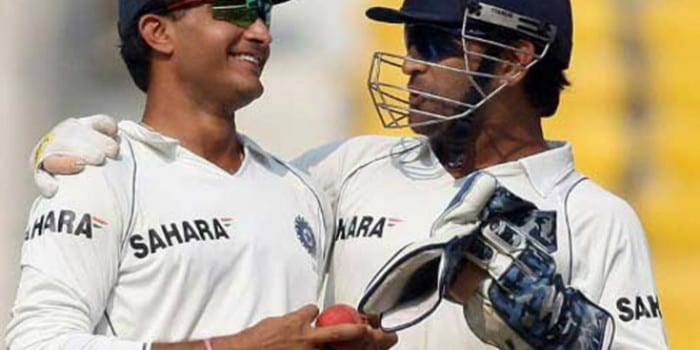 #6 All’s Well When You Reach the Top

In 2009, India was playing Sri Lanka in India and the home team won the series easily with 2-0. As the series ended, joy spread through the whole country as India emerged as the top team in ICC test rankings for the first time after the official rankings were announced. 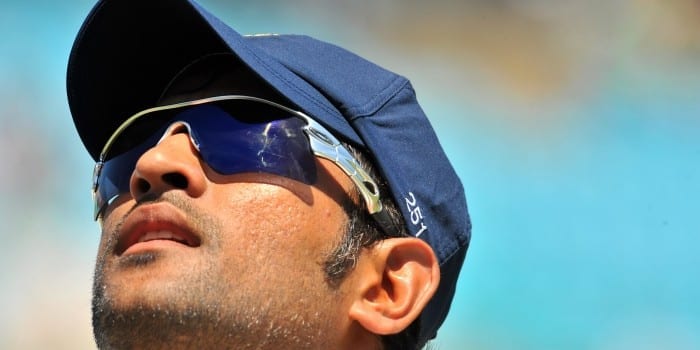 Dhoni led his team to victory in the 2010 edition of the Indian Premier League adding another feather to his cap. Ironically, Dhoni scored the lowest amount of runs in a single edition of IPL while comparing to his tally in other editions. Dhoni scored only 287 in the whole tournament. He repeated his feat and won the 2011 edition of IPL as well. 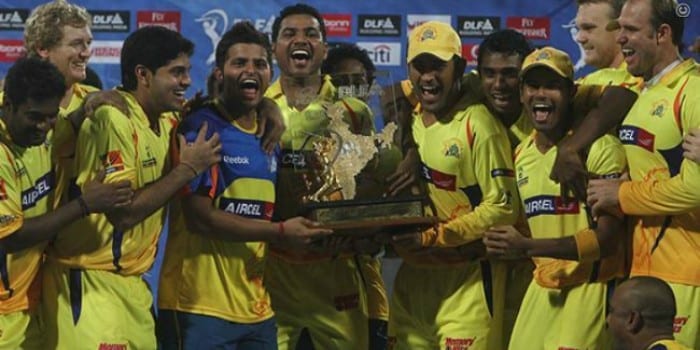 In 2010, MSD and team were high on charge after their win in the Indian Premier League and they proved their mettle in the following edition of the Champions League as well and won the tournament beating the best T20 teams from around the globe. They won the tournament again in 2014. 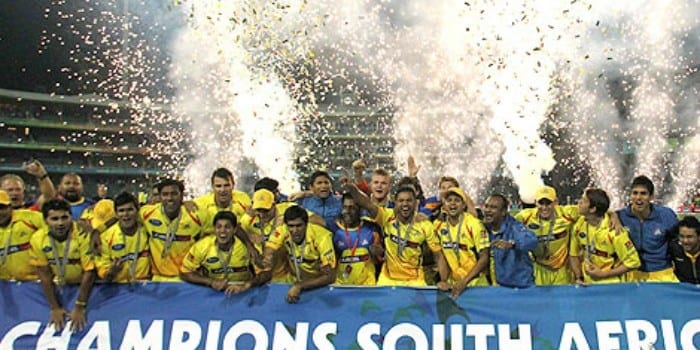 It was April 2,2011 and the heat was on in India. It was the final of the 2011 ICC ODI World Cup and 2 Asian countries qualified in the finals. India was up against Sri Lanka who had played very well in the tournament. India won the match after being given a target of 274. MSD proved his determination by playing a captain’s knock of 91 and winning the match with his trademarked helicopter shot. India won the World Cup after 28 years. 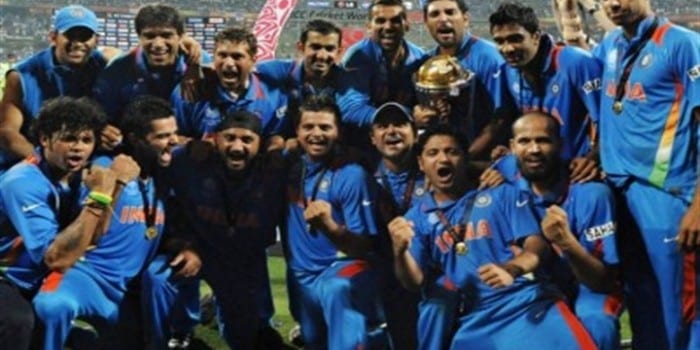 #10 We Are The Champions

India being led by MSD added another medal of honour in their list by winning the 2013 ICC Champions Trophy. Dhoni officially became the only captain to win all the three ICC tournaments and also the captain of the number 1 team in ICC test rankings. 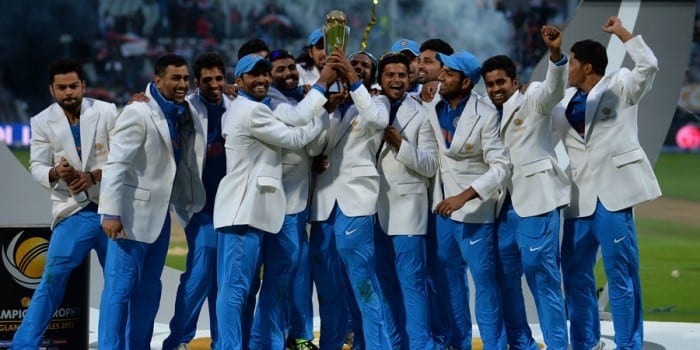