4 consecutive man of the match awards

Dada, the lion of Kolkata are some nicknames of Sourav Ganguly. He was considered as one of the best and aggressive captains Indian team had got. His exceptional captaincy skills and glorious shots on off side left everyone startled. His career was filled with ups and downs and the following are 10 top moments of his life.

It was 1996 and the stage was set in Lords. England posed a total of 344 in the first innings, and India’s first innings would surely be a test. India lost its first wicket at a mere 25. Then entered the debutant who needed to prove a point, and a test debut score of 131 did the task. The match ended in a draw but the Sourav proved his mettle. 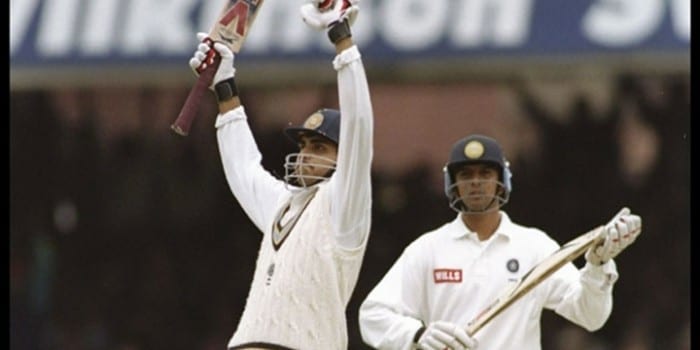 World Cup 1999 saw a brilliant innings by Sourav Ganguly against Sri Lanka. The innings of 183 saw many great shots in which Ganguly bashed up all Sri Lankan bowlers out of the ground. It is still the second highest individual score in World Cups, and highest by an Indian in World Cup. 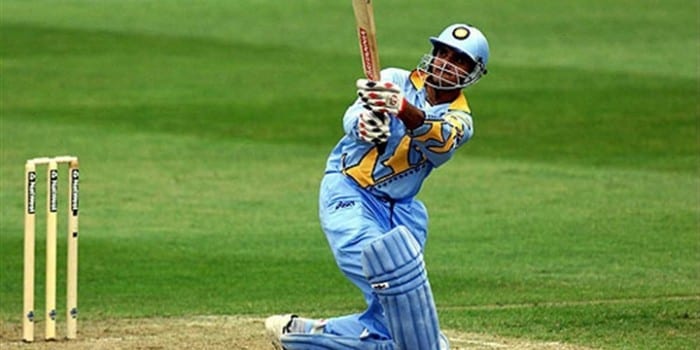 Sahara Cup in the year 1997 saw some great innings and scintillating bowling performances. Sourav Ganguly was expected to be a big factor in Indian batting line-up but Dada had other plans. He took out half the Pakistani team by giving away pennies as runs. He created his career best 5/16 in ODI cricket. 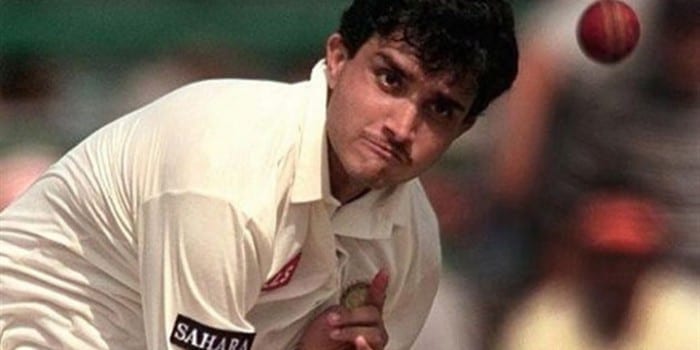 #4 Hit The Protea’s Out Of The Park

India was playing South Africa in the first match of a triangular tournament with Kenya being the third team in 2001. South Africa won the toss and chose to put India in the batting test first. Sourav Ganguly and Sachin Tendulkar came in to open the innings. At that time both these batsmen had already proved their worth in international cricket. Sourav Ganguly added up 193 runs with Tendulkar. India lost the match but Ganguly’s 127 is still considered one of his finest innings. 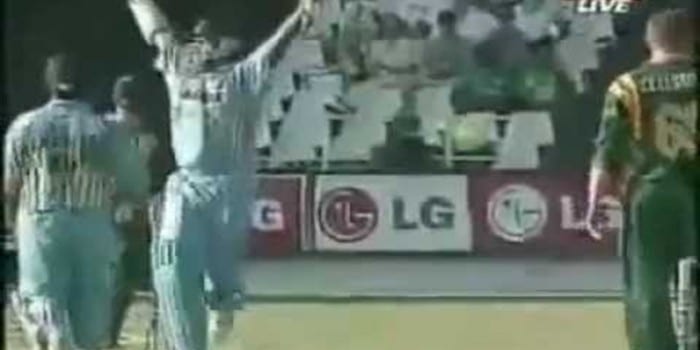 World Cup 2003 was another medal on Ganguly’s shirt as despite all odds, India climbed their way to reach the finals of the tournament and they had to play former and that time favorites Australia. Ganguly won the toss and chose to field, a decision that would haunt him forever as Australia led by Ricky Ponting made a whopping 359/2 in 50 overs, a total too much for India. India lost but Ganguly was still appreciated for his captaincy throughout the tournament. 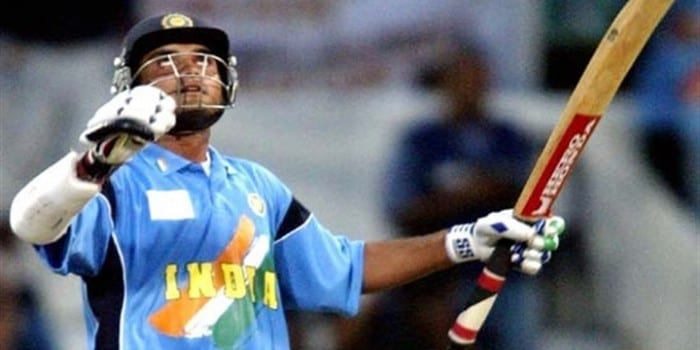 #6 Dada Is The Fastest to complete Millenniums

Sourav Ganguly is the fastest player to complete 8000 and 9000 runs in ODI cricket in 200 and 228 innings respectively. He is also the second fastest to complete 10,000 runs. 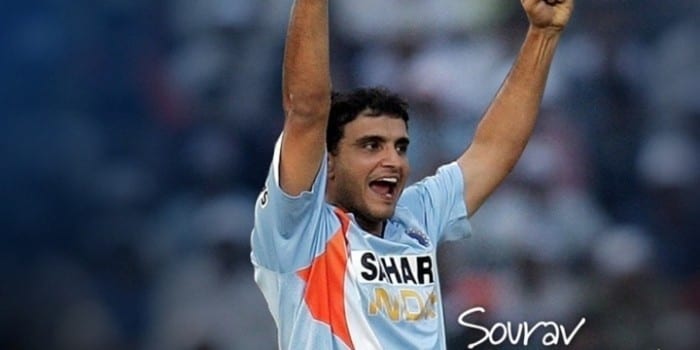 Sourav Ganguly has been awarded the Arjuna Awarded for his contribution towards cricket. He was presented the award in 1997. The Arjuna award recipients list contains other greats such as Sachin Tendulkar, VVS Laxman, Mohd. Azharudin and Rahul Dravid. Ganguly was also awarded the Padma Shri in 2004. 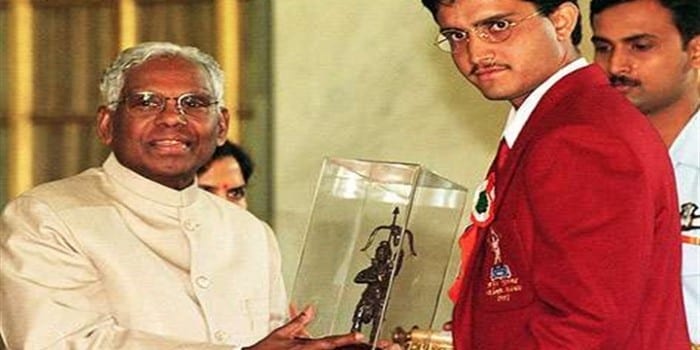 In 1997, India were playing a series with neighbours Pakistan and Sourav Ganguly showed why he should be considered a one man army. Sourav Ganguly won 4 consecutive man of the match awards for his brilliant performances, a record still in place even after 17 years. 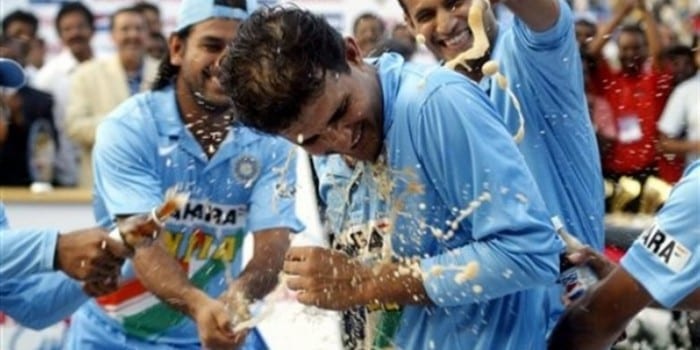 Sourav Ganguly had to leave the captaincy and was even removed from the international squad after his he and then coach Greg Chappel had heavy arguments and fights. In 2006 ICC Champions Trophy Indian team failed drastically so Ganguly was called back to the test squad against the South African team who earlier white washed India 4-0 in ODI series. In his comeback test Ganguly came in to bat when India were 37/4. Dada scored a helping 51 to steady the innings and the match resulted in India’s win. Ganguly scored most runs in the series. In his comeback ODI match against West Indies, he scored a whopping 98 to gain the appreciation he deserved. 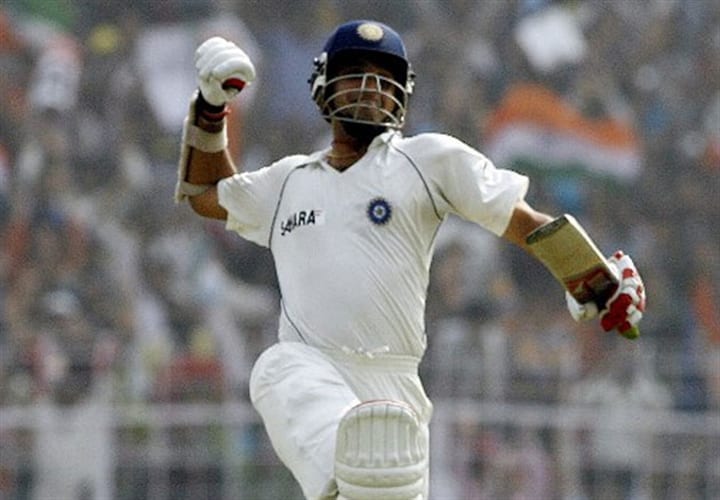 It was probably the biggest and the bravest celebrations any captain had done in international cricket. 13th July 2002 witnessed the final of NatWest Series which had India facing England. England posed an almost unachievable total of 326 in which England Captain Nasser Hussain made a brilliant 115. India had its ups and down in the innings but were 8 wickets down in the last over and the target seemed distant. Mohammad Kaif was off strike and India needed 2 runs of 4 balls. Zaheer khan pinched one to cover for a single but an overthrow led to an Indian victory. Each and everyone Indian supporter in the stadium witnessed Sourav Ganguly taking off his shirt and waving it to celebrate the emphatic win. 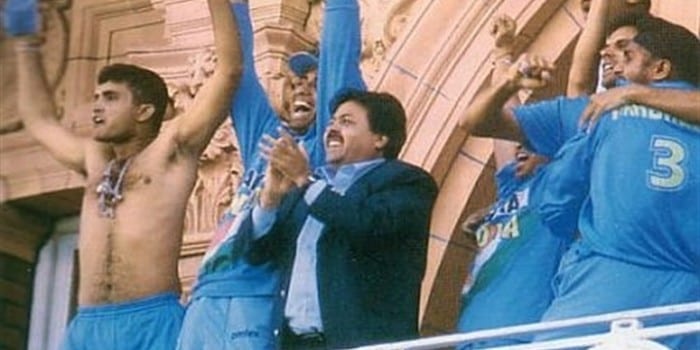