What happened when God played at Lords : MCC-XI vs ROW-XI

It was tagged as the most awaited match of decades, and surely it was awaited by many. It was MCC-XI vs ROW-XI for the bicentenary celebration of the Melbourne Cricket Club at the mecca of cricket, the Lord’s Cricket Ground. The teams were extraordinary, but the highlight of the match was the legends playing in it. Social media was flooded with posts about this match from weeks before the D-day. 2 days prior to the match, a selfie was released with most of the players in it. It took the social sites by storm. 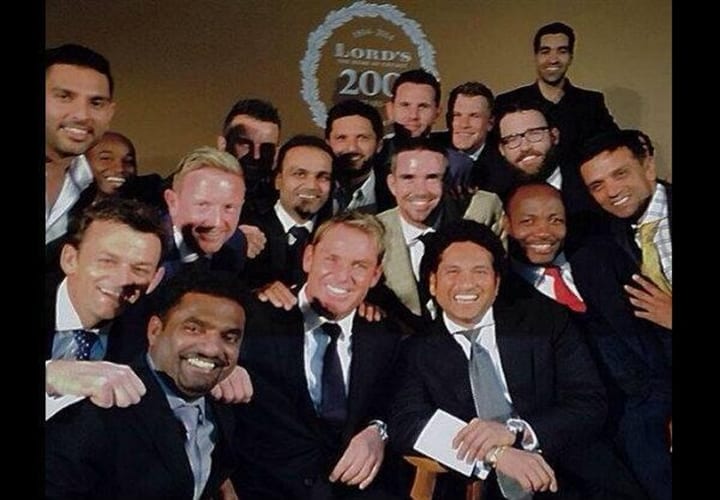 The two star studded teams were:

The names were enough to send chills down the spine of even a moderate cricket fan. Being able to watch all those legendary players one last time and that too altogether was nothing more than a dream. The dream came true on the 5th of July where Shane Warne’s ROW won the toss and chose to bat first in a somewhat rain affected match. With the help of Yuvraj’s 132 they achieved 294. MCC achieved the target with 4overs to spare with Aaron Finch’s unbeaten 181.We bring to you The Best, The Good and The Bad from this highly entertaining game. 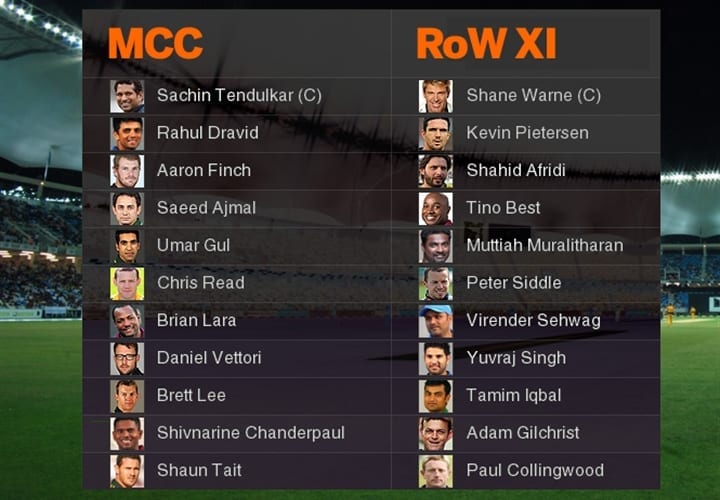 4454 ODI’s, 102,517 runs, 162 centuries, 2838 wickets, 39 5-wicket hauls and 1880 catches. These are the statistics of the 22 players that played in the MCC vs ROW match. These numbers are heavier than the Empire State Building! Also watching greats like Tendulkar, Lara, Dravid, Lee, Vettori, Gilchrist, Warne and Muralitharan together in a single ground was splendid. A cricket fan couldn’t have asked for more. The best performances of the day were:

Yuvraj Singh: Once again this splendid player showed the selectors what they are missing with his amazing 132. He entered the arena when his team was falling like a house of cards, and from 68-5 he rebuilt the innings with Paul Collingwood. It was his efforts that his team a massive total of 294. ROW hit a total of six sixes in the match, all from the bat if this man. As Andrew Strauss described it later, it was poetry in motion. He reached his century with a four off his idol Sachin and even touched the god’s feet like a devotee.

Aaron Finch: the only match to Yuvraj’s remarkable innings. Bowled 4 overs early in the day without any success. In the second innings guided his team to victory with a mammoth 181. His biggest memory might be that he completed his 50 with Sachin by his side, 100 with Lara and 150 with Chanderpaul. Interestingly, Finch was the only player in the match without a Test cap to his name.

Sachin Tendulkar: As soon as he got the first touch of the ball in the match while in the fourth over, “Sachin Sachin” chants began all over the place. He captained his team cleverly while fielding, changing the bowling perfectly. As soon as he came to turn his arms around, the crowd had a big reason to go berserk. He even took the wicket of Yuvraj Singh in the process which led to roars all around the stadium. When he entered to bat with Finch, the stadium seemed more of Wankhede where he left than Lord’s. It was like everybody in the stadium forgot which country they belonged to and respected the god with a standing ovation. Played some classic, ageless shots that made it hard to consider that he had left cricket! His straight drive against Peter Siddle made the fans nostalgic. His square-cuts and glorious drives through extra-cover were bliss to watch. He even came running down the tracks to Murali. He made a glorious 44 before falling to the Sri-Lankan maestro.

Paul Collingwood: Another hero for ROW. He scored a fighting 40 to rescue his team from a tumbling situation with Yuvraj. Then dismissed Lara and Dravid in back-to-back deliveries!

Brian Lara: The Prince of Cricket didn’t get a chance to share the pitch with another legend, Sachin. A glorious drive through the extra cover boundary off Collingwood reminded everyone what he was like back in the days. He fell to Collingwood only with a knick to the keeper. He scored 23 off 38 balls.

Chris Read: A the least famous cricketer amongst the 22! Although he did not bat, he kept wickets superbly effecting two brilliant stumpings off Ajmal of Gilchrist and Pietersen. Although he wasn’t familiar with the spinner yet he managed to read him splendidly where his world-famous colleagues failed.

Saeed Ajmal: At one stage it felt that ROW would fall before a total of 150, all because of him.He took 4 wickets in 3 overs! Greatslike Gilchrist, Pietersen and Afridi had no clue against him!

Peter Siddle: Peter Siddle helped his side both with bat and ball. He scored33 and bowled two quick maidens with the ball. He went home without wickets.

Shivnarine Chanderpaul: The unusual stance was a good view after a long time. When he came it was the hat-trick ball, but remained unbeaten to finish things off.

Shaun Tait: After Adam Gilchrist hit four boundaries in his very first over; he made a fairly decent comeback. He bowled fast and perfect balls, yet remainedwicket-less for his efforts.

Adam Gilchrist: Gilly walked to the pitch with a small camera fitted to his helmet. He Started the ROW innings in style, hitting Tait for 4 fours. However Ajmal got him soon. He had to captain his side when Shane Warne was absent.

Daniel Vettori: This nerdy-looking cricketer with his trademark glasses and a rough beard bowled well but didn’t get any wickets.

Virender Sehwag: Began the game with Gilly. Hit 5 boundaries in his own style before Lee bowled him.

Tamim Iqbal: The only Bangladeshi player in the match. But he didn’t have a big role to play. Got out cheaply to Ajmal.

Shahid Afridi: Once again a lop show. Fans were disappointed when the Boom Boom show didn’t occur. He got out for a duck and failed with the ball too.

Brett Lee: Took 2 important wickets of Sehwag and Collingwood and put up a good show during his presence with the ball. But he will always be remembered as the person who broke Warne’s hand with an accidental beamer in the final over of the first innings and depriving fans of Sachin vs Warne encounter.

Tino Best: Maybe the team organisers felt that a bicentenary game at Lords wouldn’t be good without a speedster from West-Indies. Bowled with all his might yet remained fruitless.

Muttiah Muralitharan: A lot was expected from this him, yet he disappointed the crowd. He strayed from his line and length, and the only good thing about him was his shiny white smile. He took Sachin’s wicket, leading to further disappointment in the crowd.

Shane Warne: The greatest disappointment in the day! The fans were anticipating Shane + Murali vs Sachin encounter but they robbed off this opportunity by Brett Lee. 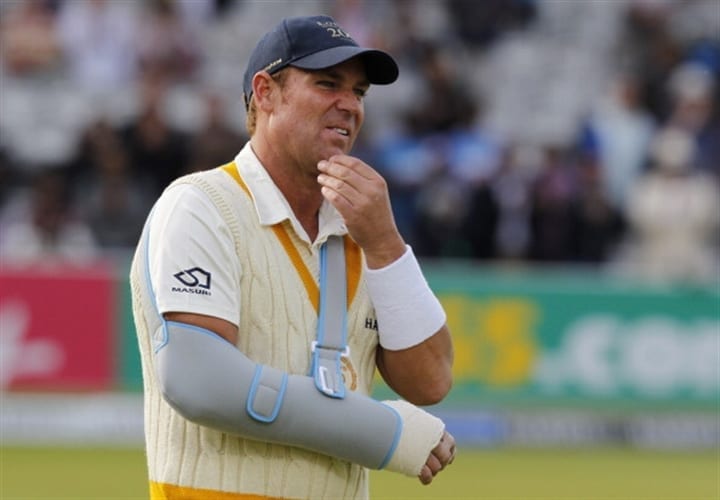 Rahul Dravid: Probably the only person who was more famous than finch in the social media, even with a first ball duck. He couldn’t hide a shy smile after being dismissed, but took a splendid catch in the first innings.

Umar Gul: He wasted a pretty good spot in the match which could have gotten another seamer to play with the pros. Bowled 2 overs and then sped off the field with an injury.

After watching 589 runs, 10 wickets, 2 centuries, 2 stumpings, 4 bowleds, 1 lbw, 3 catches and a pool of legendary players, the viewers became some of the few who will have the match printed on their hearts forever.